After eight long weeks of drama in the Love Island Villa in Mallorca, here at Altitude Ski School we believe that Switzerland would be the perfect location for 2022 Winter Love Island.

The winter edition, which is normally filmed in Cape Town in South Africa, was originally introduced with the intention of becoming a regular fixture on ITV 2, however we believe Love Island’s producers should consider Switzerland instead.

But why should Winter Love Island be filmed in Switzerland?

Well, the country is the ideal spot for winter romance, with its idyllic snow-capped  mountainous landscapes, ice-cold lakes and most importantly the spectacular ski slopes.

Switzerland has around 1500 lakes and nearly 50 mountain peaks making it a popular location for tourists. So why not mix things up and film the next Winter Love Island in the stunning location that is Switzerland?

The weather that offers four seasons changes the landscape turning it into an icy wonderland.

With Switzerland also being the home of cheese and chocolate, it would only be fitting for the contestants to sample some of the food delights the country has to offer.

It could even be a cute date for the contestants to go on a cheese and chocolate tour, at places such as La Maison or the traditional Maison Cailler factory.

It may not be sitting on a yacht in sunny Mallorca but who can say no to chocolate and cheese? Many even consider chocolate a powerful aphrodisiac; regardless of whether it is or isn’t, there is something adorable and intimate about sharing cheese and luxurious chocolates.

When the cameras are off, the contestants can even do some skiing.

After learning all this, it’s no wonder Switzerland has also been ranked among the “world’s best countries” by the American US News for several years.

This all means that viewers can expect lots of romance while cosying up to the log fire, but what about the villa?

To really get us ready for those iconic Love Island dramatics, and still get cosy for those winter nights, we created a Swiss version of the Love Island villa.

Complete with neon signs and the iconic firepit, the contestant’s accommodation would need to have the basics – but with a Swiss twist. 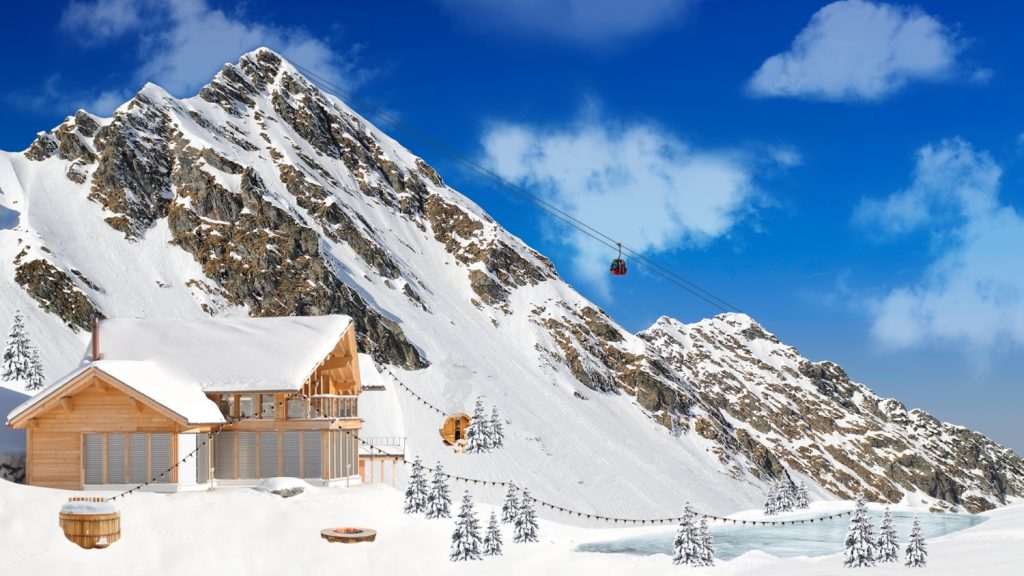 The luxurious hideout spot is usually nestled in the dry desert land of Mallorca, with the hot sun beating down on the bikini clad contestants. But there won’t be any sun loungers in this spot.

Embracing the full wintery vibes, contestants will have to bring a few more suitcases to fit their cosiest clothing in.

Of course, they could always warm up next to the firepit, which our design has included, as what kind of Love Island villa would this be without one?

Hopefully their most recent love interest will still be able to see their face underneath the big jackets and scarves!

Viewers and contestants alike will therefore put less emphasis on the other contestants’ physical appearances and more on their personalities, which is always a bonus! 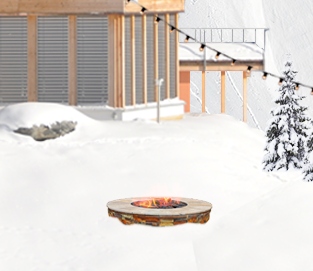 After a frosty recoupling, contestants can relax in the hot tub, letting the stresses of making such difficult decisions melt away.

And after some frisky past seasons, we wouldn’t be surprised to see some couples turning heads with their use of the romantic setting. 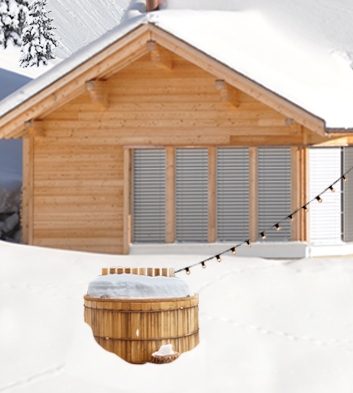 We all remember the moment Olivia Attwood from season three jumped into the pool, and very quickly became a meme. But with our Swiss version, we really don’t recommend doing an awkward dive into our lake!

It’s completely frozen over thanks to the freezing temperatures, but it makes for an adorable date location on some ice skates instead.

If the contestants feel up to it, they could even try to impress their date with a pirouette – although we’re not sure how successful they’d be!

The couples can also go for a romantic dip into the beautiful thermal spas that Switzerland has to offer. So if they’re itching to show off their best bikinis, contestants can take a relaxing dip, in style.

We are all accustomed to seeing pretty people walking around in their bikinis on our screens, so despite the added thermals, a Swiss Winter Love Island won’t disappoint. 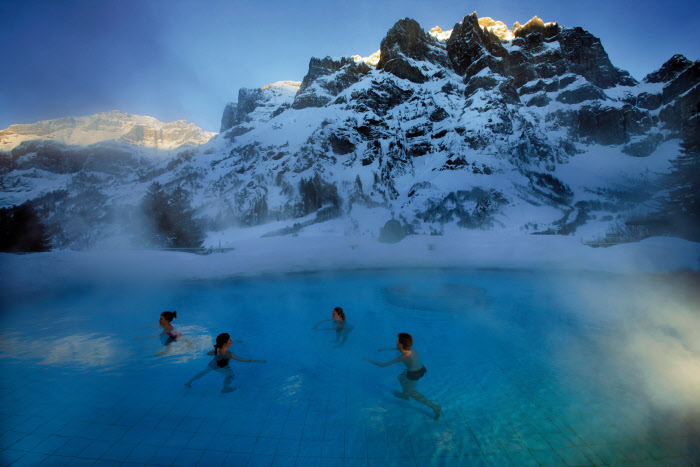 The romantic and drama-inducing Hideaway is a part of the show that gets us hyped for the spicy conversations, and makes us cringe a little bit too. So how could we forget it when designing our winter wonderland ‘villa’.

The hideaway in Switzerland will need couples to cosy up even more than usual, thanks to the tiny lodge being surrounded by piles of snow. But, it’s still the perfect location for couples to spend the night alone.

And let’s be honest, there isn’t a better sight to wake up to than the Swiss mountain ranges and a beautiful snowy landscape. 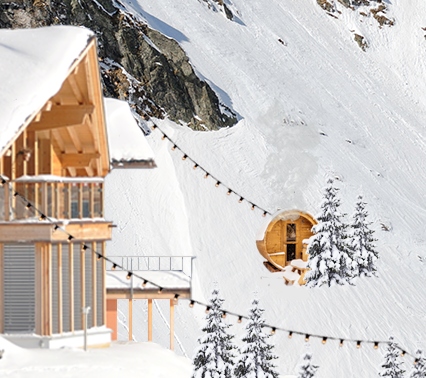 Of course, contestants will need a couple of dates before spending a night in the Hideaway. Luckily, up in the Swiss mountains there’s plenty of skiing and snowboarding opportunities.

Just half a mile away is a ski lift that takes contestants to the top of the mountain, where skis and snowboards await. Hopefully contestants don’t forget to pack their best skiing outfits!

Of course, we wouldn’t just leave them to figure it out for themselves! We’d be on hand to guide them down the mountain and hopefully to true love. 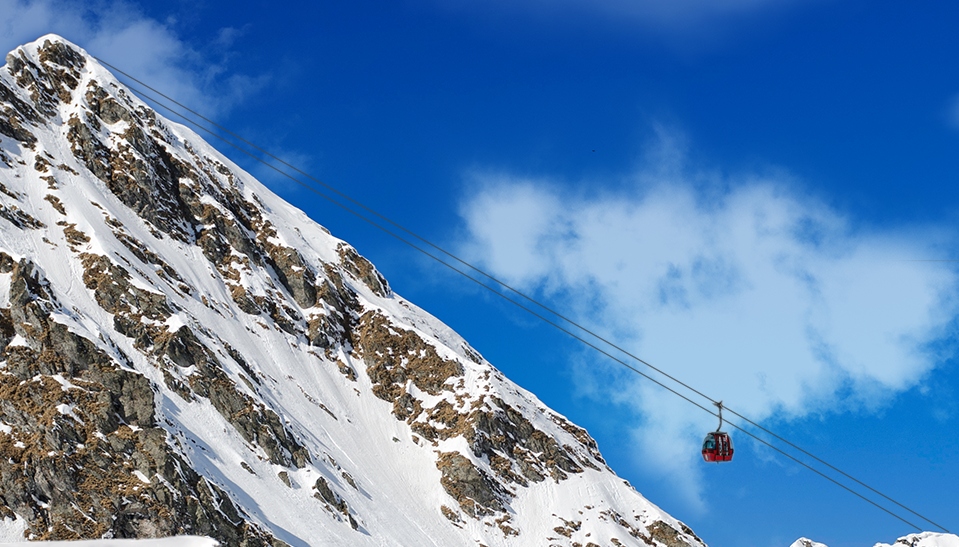 We need to dump the myth that summer equals romance, winter is the time for holding gloved hands and being as cosy as possible.

Finding love in the beauty that is Switzerland sounds like an absolute dream to us, wouldn’t you agree? 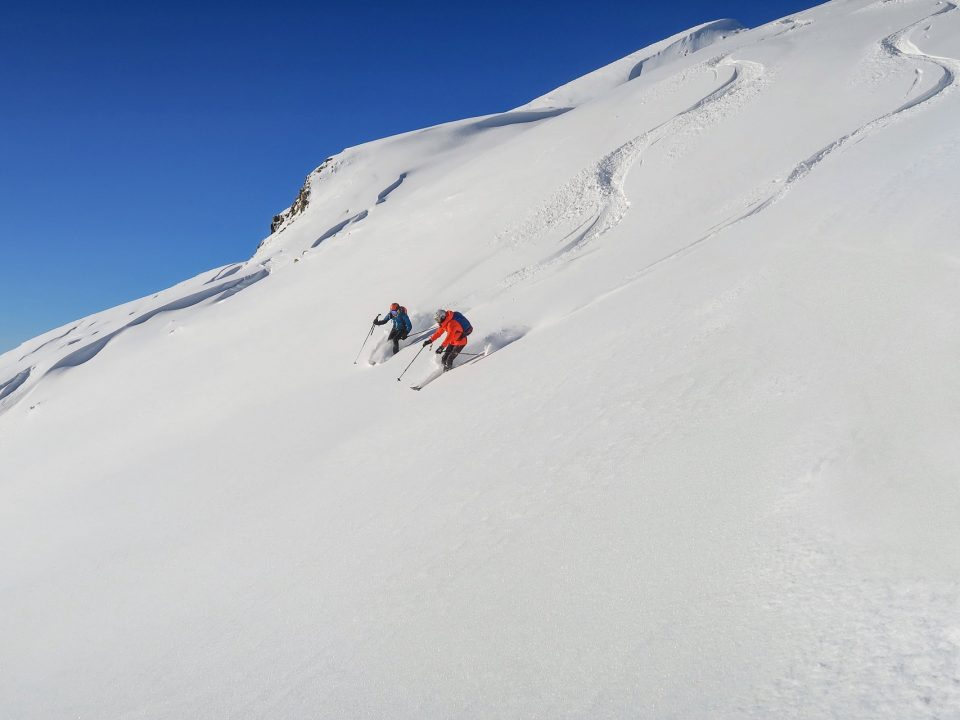 You can now ski tour under the moonlight, mountain meal or sledge in Switzerland 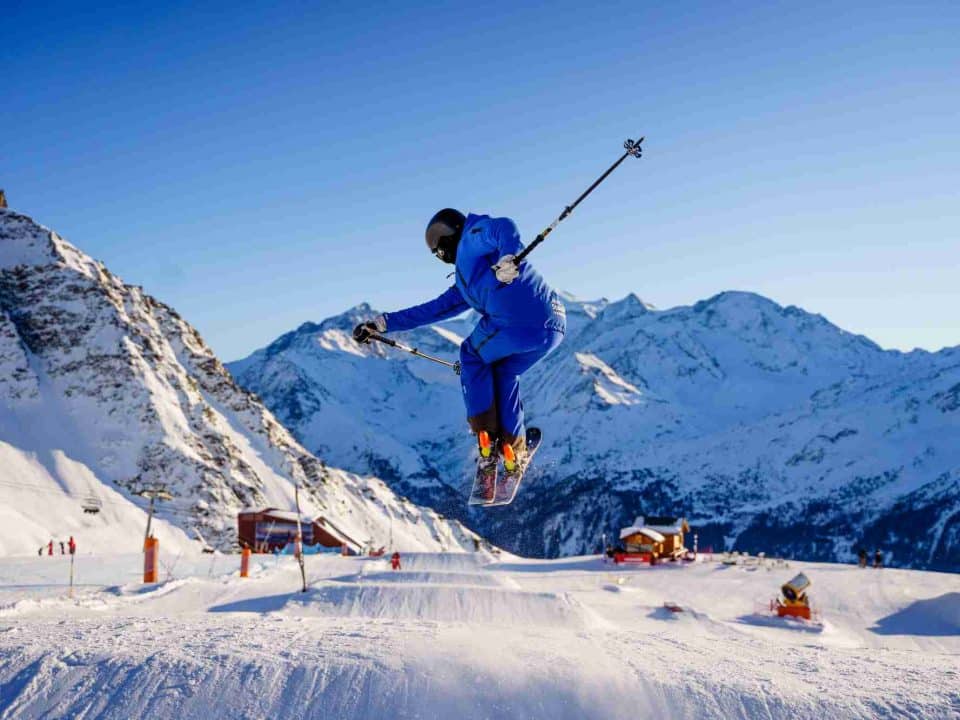 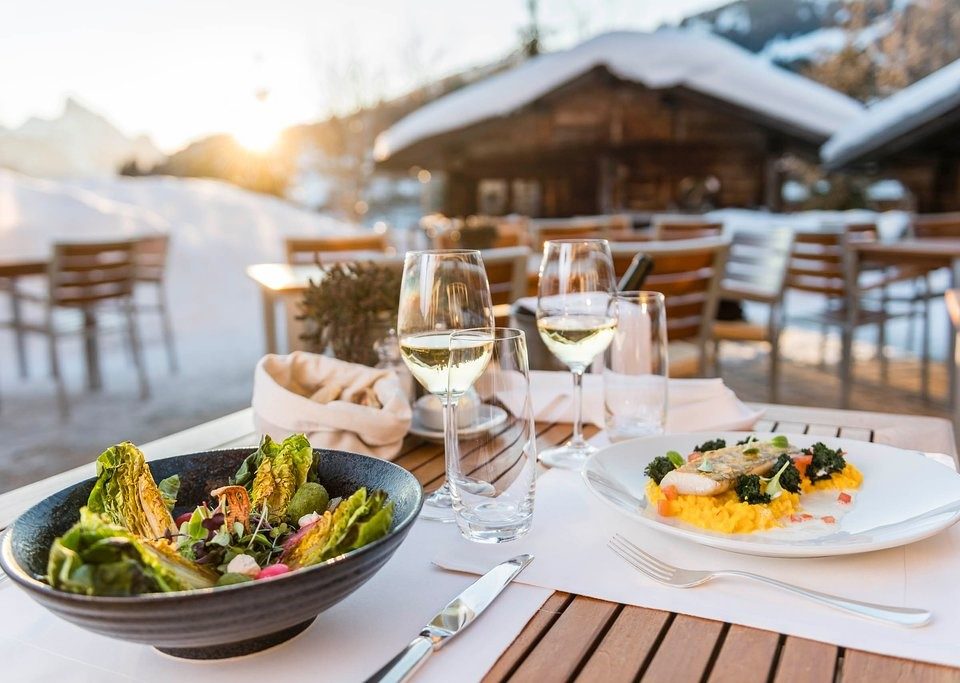