What Is Off Piste Skiing? - Altitude Ski and Snowboard School

Have you ever heard experienced skiers talk about off-piste skiing?

Perhaps you’ve seen people on your last ski holiday looking thrilled after a day off-piste. Or maybe you have a friend who won’t stop raving about it. Whatever your situation, it’s important you understand exactly what off-piste skiing involves before you give it a go yourself.

First and foremost, you need to understand what does piste mean in skiing. A piste is a marked run down a mountain slope where snow has been smoothed and flattened to make it ideal for skiers and snowboarders alike. Each slope will be graded by colour to signify the level of experience it is suitable for – blue or green for beginner, red for intermediate, black for expert. So when you’re on-piste you’ll know exactly where you’re going, how difficult the terrain is, and there won’t be any deep snow to get stuck in.

So off-piste, as you might have guessed, means the opposite. There are no markers, no grading, and the snow will be much more like powder – fresh and untouched. You’ll also be far from the busy crowds of the main slopes and you can take your time to enjoy the beauty and serenity of the surroundings.

Sounds idyllic, right? And it can be, but there’s more you need to know before you abandon the familiarity of the piste.

It’s probably not a good idea on your very first ski holiday – you’ll have enough to worry about mastering the basics and trying to stay on your feet! But once they have their confidence up, many skiers look for a new challenge beyond that offered by the main slopes and off-piste can be just what they need.

Enthusiasts call it the purest form of skiing and it’s hard to argue. Skiing in untouched powder that hasn’t been smoothed off like on a piste gives an incredible feeling of freedom.

You’ll find much more beautiful scenery than on the crowded resort slopes and enough quiet to fully appreciate it. Just imagine – you and a friend on fresh snow, nobody else in the vicinity. The only sound you can hear is that of nature all around you. It really can take your enjoyment of skiing to the next level. However, there are some potential risks to be aware of.

Yes, off-piste skiing is dangerous, but then so is on-piste skiing. In fact, most skiing accidents happen in the form of on-piste collisions, so it’s possible to argue that, statistically speaking, you’re safer off-piste than on a busy slope. That said, there are dangers you need to prepare for when you go off-piste to make your experience safe as well as fun.

First of all, don’t ski alone. If you fall on-piste there’s always someone nearby to help you if you’re hurt. On a remote off-piste slope, there are more dangers than on a busy, smoothed slope, and a minor injury could become much more serious if you’re on your own and unable to get back to the resort.

The other big factor is awareness. Awareness of where you’re going and the potential changes in snow and weather conditions whilst you’re out. If there’s recently been a big snowfall followed by a rise in temperature there’s more chance of an avalanche. If that’s the case, you should stick to slopes with a gradient of less than 30° and be aware of steeper slopes above that could slide down onto you.

Don’t head out off-piste without a plan. Pick up a local map from your resort and identify an area where you want to ski. Tell someone where you’re going, so if you’re not back by a certain time they’ll know you’re missing and people will have an idea of where to look for you. And be sure to check the weather conditions and identify the safest slopes to ski on.

There are a few fundamental techniques that everyone should familiarise themselves with before going off-piste.

You’ll have learnt plenty about posture when you first started skiing but it’s even more important off-piste. The slightest imbalance can cause you to fall when the snow hasn’t been smoothed over, so adopt a narrow and slightly crouched stance with your weight on the balls of your feet.

Be aware that you’ll likely travel faster on fresh powder so learn to embrace it and let your skis float on the surface rather than getting stuck in the snow. This will also make your turns easier, which should be long and sweeping rather than the short, sharp turns you might execute on-piste.

And when you do fall, don’t use your hands to get up. If you do, you may end up sinking deeper into the snow, making it even harder to get back on your feet. The easiest way to right yourself is to cross your poles into an “X”, grab the intersection with one hand and push yourself up.

Those are the basics, but the best way to prepare for off-piste skiing is to have some lessons with an expert. They’ll go over all the essential techniques as well as teach you how to understand weather conditions and pick the best locations for your off-piste adventures. They’ll also explain all the extra equipment you need, such as a locator beacon and a shovel in case of an avalanche.

At Altitude, we have off-piste skiing lessons suitable for any level. Whether you want to go off-piste for the first time or you’re an experienced skier who wants a refresher we can give you all the coaching you need and even take you out with a guide if you like. Whatever your skill level we’ll make sure you have the most fun possible whilst always staying safe. 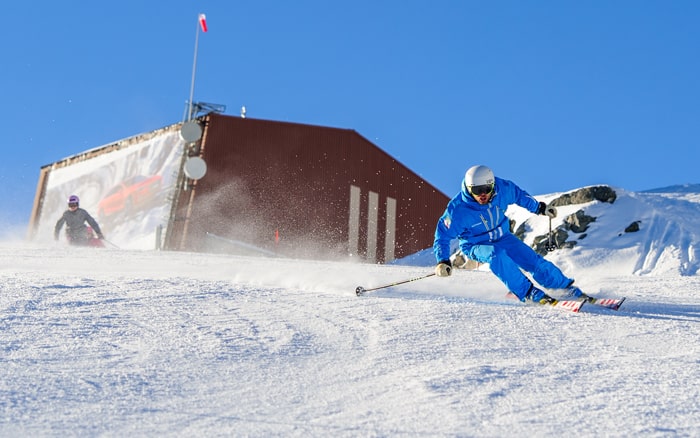 What to take skiing 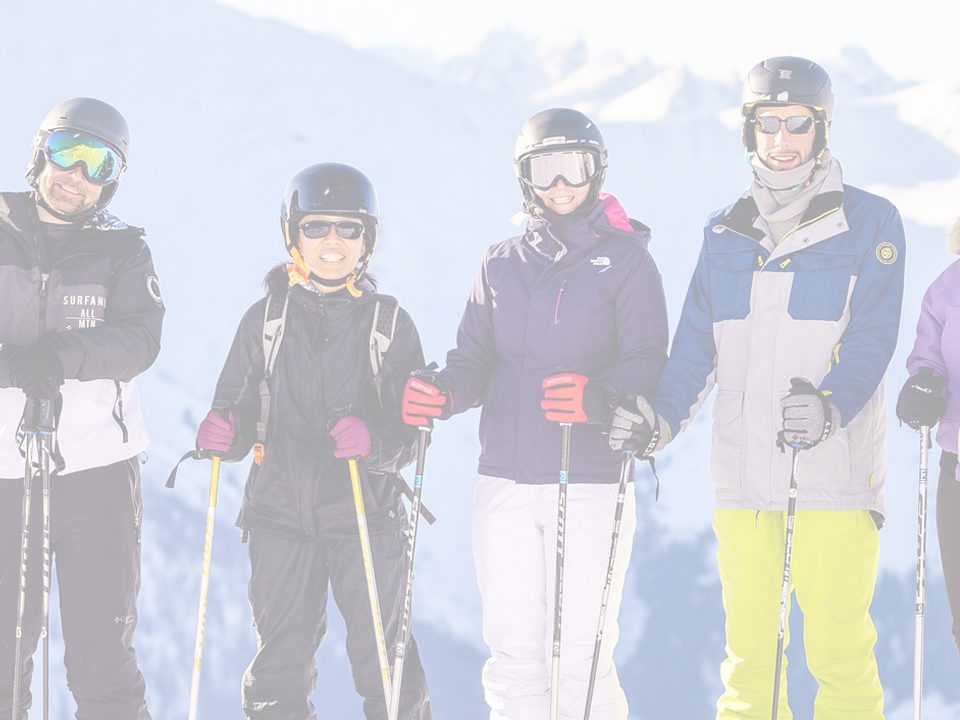 How to keep warm skiing 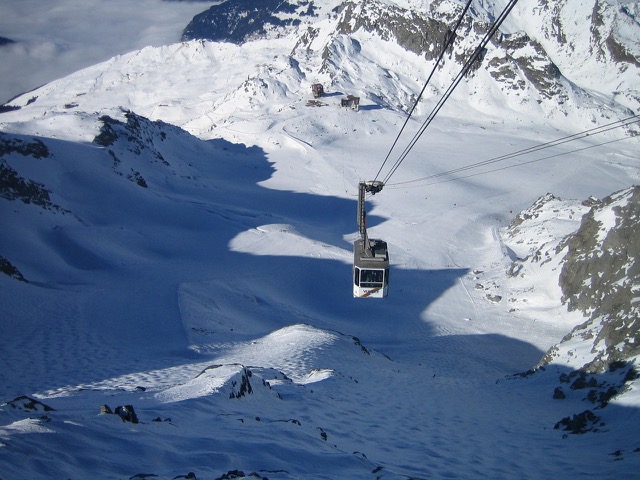